Visiting a Hollywood studio has been on my bucket list since I was a child. It was everything I  hoped it would be. 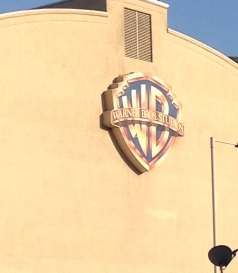 My husband and I and our teenage son had a blast. The Warner Bros. Studio tour is a top-ten LA must-see.
Located in Burbank, north of LA, it’s hard to get to without a car. We arrived as part of a day-long tour of LA and were dropped off for a couple of hours.
The tour starts with a video presentation and then you board a trolley driven by a guide through the Warner Bros. back-lot.

Along the way, you get off the trolley and walk around the open-air sets designed to look like city streets. There are more brief video presentations along the way. You’re also left to tour some departments on your own.

A highlight for our family was visiting the Ellen set. The sound-stage is enormous and her set, as seen on TV, occupies a small part of the building. You can’t take photos of active sets.

Another highlight was taking photos on the set of the Central Perk Café from the Friends sitcom on Stage 48. Stage 48 is a self-guided tour of the movie process from script and filming to post-production. You can feel like a star and hold a real Academy Award, presented to Warner Bros. for a “best picture” win in the 1930s. 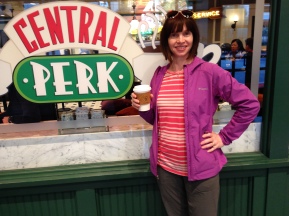 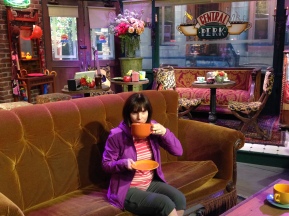 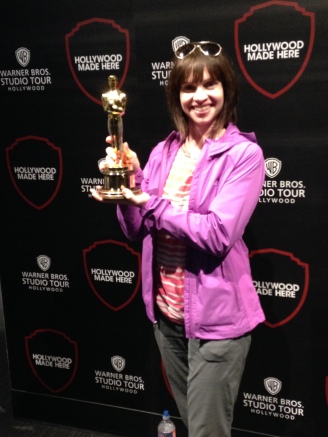 My husband and son enjoyed the Batman-cars garage. 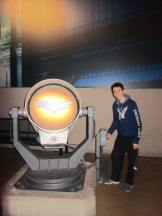 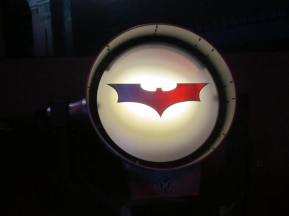 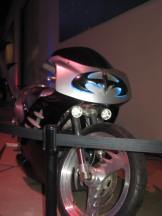 The movie La La Land was filmed on the lot and my husband and I got a kick out of picking out the movie locations. Parts of Jurassic Park (original) were filmed here too (the rainforest close-ups). Yes, there’s a cultivated rainforest on the lot!

Tickets cost about $60 for ages 13 and up. It’s worth the money. Allow three hours for the tour. The guides are mostly film students and you guessed it, they want to work in the movie business when they graduate. In LA, everyone we met at their workplace said they really wanted to be a ‘producer’ or ‘director’ and that this was just their ‘day job’. It’s a cliché but true. Welcome to LA.